SIOUX FALLS, S.D. – Bellator MMA is coming back to South Dakota for its third appearance on August 12 at the Sanford Pentagon.

In the main event, No. 5-ranked welterweight contender Neiman Gracie (11-3 MMA, 9-3 BMMA) takes on the man with the most submission finishes in Bellator MMA history, Goiti Yamauchi (27-5 MMA, 13-4 BMMA), in a five-round, 170-pound matchup. In the preliminary card, several fighters with local ties are scheduled to compete, including Huron native Bailey Schoenfelder, Vermillion native Brett Bye and Minnesota's Mitch McKee. Schoenelder and McKee were both athletes at the University of Minnesota and Bye wrestled at South Dakota State. Pat Downey III, an All-American wrestler at Iowa State, is also set to make his pro debut.

The main card of Bellator 284: Gracie vs. Yamauchi airs live on Showtime at 8 p.m. The preliminary card begins at 5 p.m. and streams live on the Bellator MMA YouTube channel, Showtime Sports YouTube channel and Pluto TV.

The card features 10 fighters ranked in the top 10 of their respective weight classes.

“This is the third time the Sanford Pentagon is hosting Bellator MMA, and they have always delivered,” said Jesse Smith, vice president of operations for the Sanford Sports. “The athletes who compete in Bellator MMA are some of the best in the entire sport of mixed martial arts, and fans will be in for an entertaining and exciting show.”

Tickets for Bellator 284: Gracie vs. Yamauchi are on sale at ticketmaster.com and the Sanford Pentagon Box Office. For information on purchasing suites, call 605-312-7900. 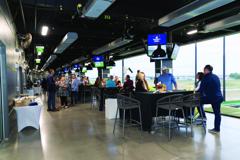 Fans will have opportunities on Aug. 11-12 to mingle with star athletes. The details: