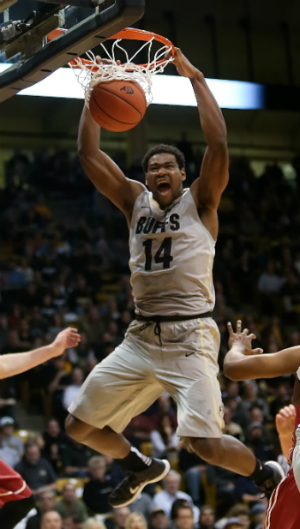 SIOUX FALLS, S.D. - Iowa State and Colorado will play the fifth NCAA Division I regular-season men’s basketball game at the Pentagon on Friday. The sold-out game will also air on ESPN2 and tips at 4 p.m.

About Iowa State
Iowa State, ranked No. 7 in the latest Associated Press poll, is coming off a second-straight Big 12 Tournament championship and NCAA Tournament appearance in 2014-15. Iowa State fell in the first round of the NCAA tournament to UAB. The Cyclones went 25-9 overall and 12-6 in conference play.

About Colorado
Colorado finished 16-18 last season and 7-11 in Pac-12 games. The Buffaloes went 1-1 in the postseason College Basketball Invitational, defeating Gardner-Webb and losing to Seattle.

Series notes
Iowa State and Colorado will meet for the 148th time on Friday. Iowa State holds a 77-70 edge in the series with most of those coming when both were members of the Big 12. The two teams last played in 2011.

Parking and accommodations
Parking at the Sanford Pentagon is available on the east, west and north side of the facility. Need to eat? The Pentagon includes full-service concession stands, and Beef O’Brady’s is a short walk across the street. Want to stay close to the arena? The Fairfield Inn & Suites is also across the street. The venue also has an official team store and several ATM stations.

Special features
The South Dakota High School Basketball Hall of Fame calls the Sanford Pentagon home. Visitors can enjoy the free exhibit that includes historical photos, records and memorabilia. In fact, the entire facility is trek to a different era. The Pentagon took great care to include old photos, jerseys and mementos throughout the venue. One of this year’s new elements highlights former high school championship teams. That’s available for viewing on the second level.