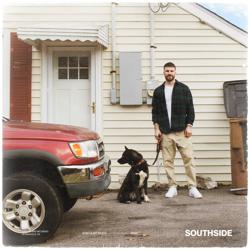 The concert is another addition to a full schedule of events during the Sanford International, Sept. 13-19 in Sioux Falls, South Dakota.

Tickets for Friday are $65 and include grounds access to the opening round of the Sanford International and general admission to the concert.

All tickets can be purchased at sanfordinternational.com at 8 a.m. on June 10.

Hunt is a Grammy-nominated Nashville-recording artist who won the American Music Award for New Artist of the Year in 2015. The Georgia native has charted numerous No. 1 singles during his solo career. He also has song-writing credits for singles from country stars Keith Urban and Kenny Chesney.

“The addition of a concert is going to bring a new element and a lot of excitement to an already incredible week of events,” said Josh Brewster, tournament director of the Sanford International. “To have an artist like Sam Hunt cap off the opening round of the tournament at Great Shots for the first time ever is going to bring a thrill that we have not experienced yet. It’s going to be a special night.”

Sanford International Live! Presented by Cambria is brought to you by our community partners Bell Inc., EMC, and MIDCO. VIP ticket packages and private suites are available while supplies last. Please contact the tournament office at 605-271-7825 for more information.