Women's semifinals will be Saturday at 10 a.m. and 1 p.m. while the men's will be at 4 and 7 p.m. The women's championship will be Sunday at 1 p.m. and the men to follow at 4 p.m. All games will air on MidcoSN and on the NSIC Network.  *All times subject to change.

No spectators will be allowed at the 2021 NSIC / Sanford Health Basketball Tournaments.

Men's Semifinal Schedule
Saturday, February 27
Northern State 72, Minot State 63
* Due to COVID-19 protocols, the Wayne State men’s basketball team will not be able to compete in their semifinal matchup.  In accordance with conference policy, MSU Moorhead will advance to the championship game on Sunday at 4 p.m.

Parking and accommodations
Parking at the Sanford Pentagon is available on the east, west and north side of the facility. Need to eat? Blue Rock Bar and Grill is now open with a new space and new menu. The Pentagon includes full-service concession stands. Want to stay close to the arena? The Fairfield Inn & Suites is also across the street. The venue also has an official team store and several ATM stations.

Special features
The South Dakota High School Basketball Hall of Fame calls the Sanford Pentagon home. Visitors can enjoy the free exhibit that includes historical photos, records and memorabilia. In fact, the entire facility is trek to a different era. The Pentagon took great care to include old photos, jerseys and mementos throughout the venue. One of this year’s new elements highlights former high school championship teams. That’s available for viewing on the second level. 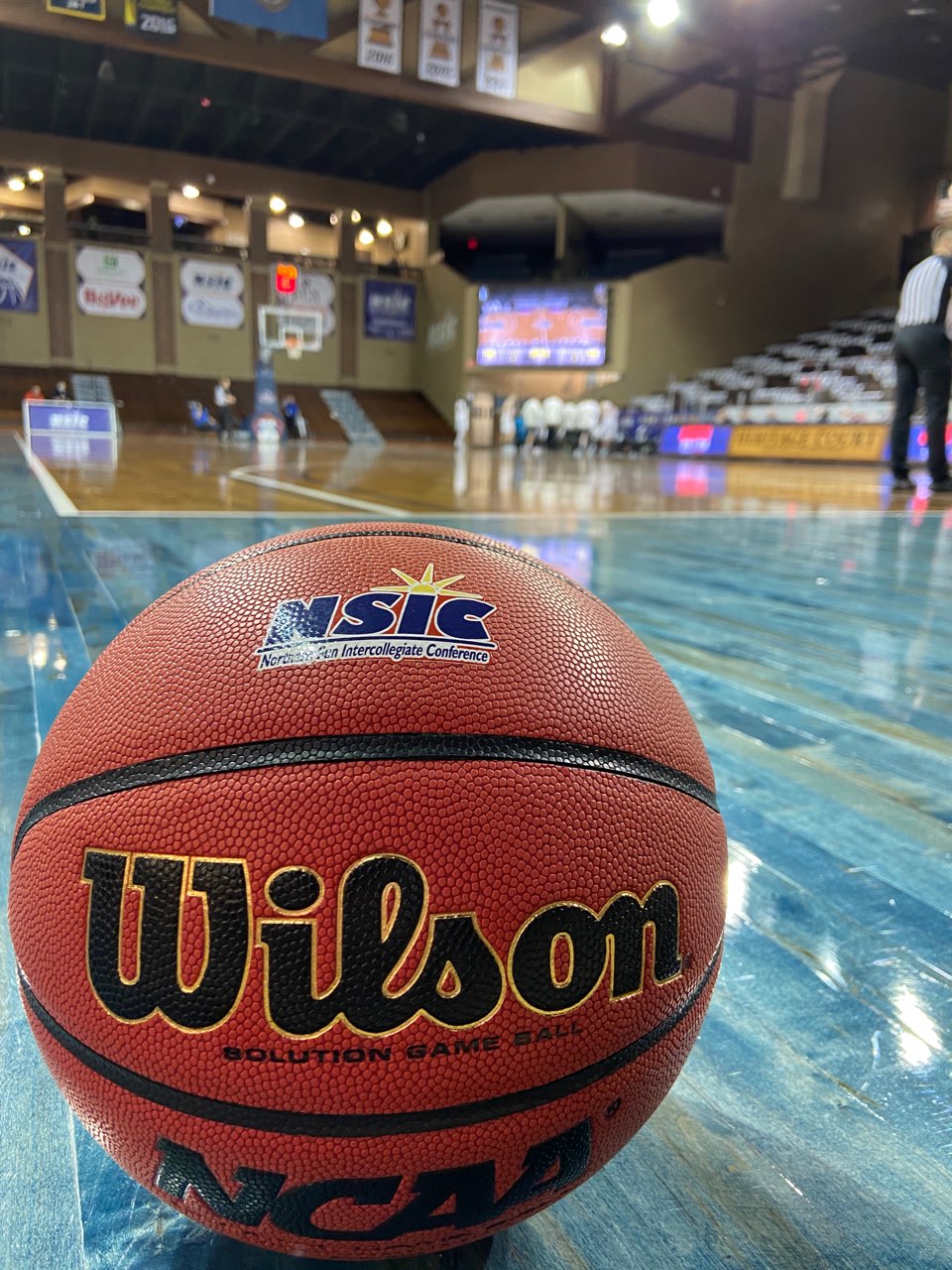